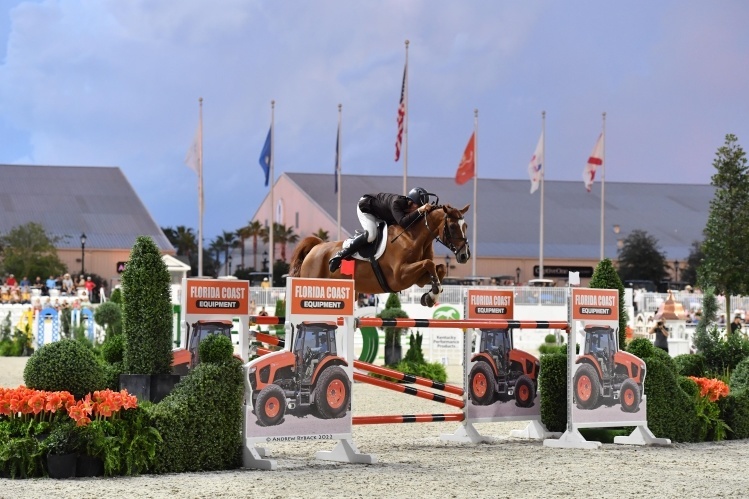 Vale is a fan favorite at World Equestrian Center – Ocala and a frequent visitor to the winner’s circle. Tonight was no different as Vale continued his hot streak with the talented Elusive.

Vale and Elusive were the last pair down the ramp into the WEC Grand Arena to contest Andy Christiansen’s challenging track. Vale and the 13-year-old Dutch Warmblood gelding delivered a flawless first round in 80.511 seconds with all rails up.

Vale and Elusive were the final pair to return for the jump-off, “You don’t get many jump-offs where you are stacking one on top of the other; fast, faster, fastest! It was great for the crowd.”

Vale wasn’t sure that it was possible to beat second place finisher, Santiago Lambre, “I really didn’t think a faster time was possible. I was hoping, if I could get a nice angle on the first jump, just maybe, I could get one less to the second jump, but that didn’t work out. I ended up having to slow down,” laughed Vale.

“The next line was the seven. There wasn’t really another option there, and I ended up having to wait to get the seven done. I knew I wasn’t faster there. I tried to turn real tight back to the next fence, but I felt like I didn’t catch it very fast. I did turn and run over to the vertical, which was pretty quick. Then I think I stayed out a big more than Santiago to the double, so at that point, I thought there was no way I was winning,” said Vale. 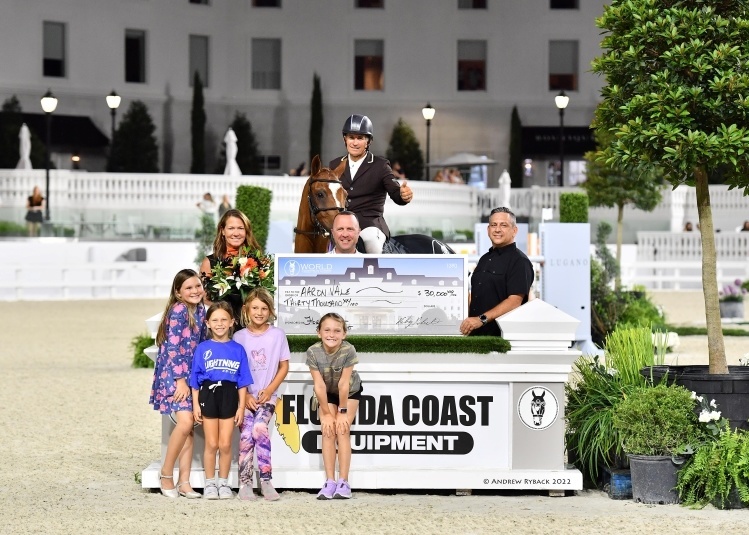 “I landed after the combination, gave him a little juice because I wasn’t sure I could get the nine like all the others because he’s a smaller horse with a smaller stride. He gave me a bit more juice and then I knew we were going to make it. When I landed, I looked at the clock in disbelief.”

Vale and Elusive flew through the timers, stopping the clock at a remarkable 33.865 seconds. 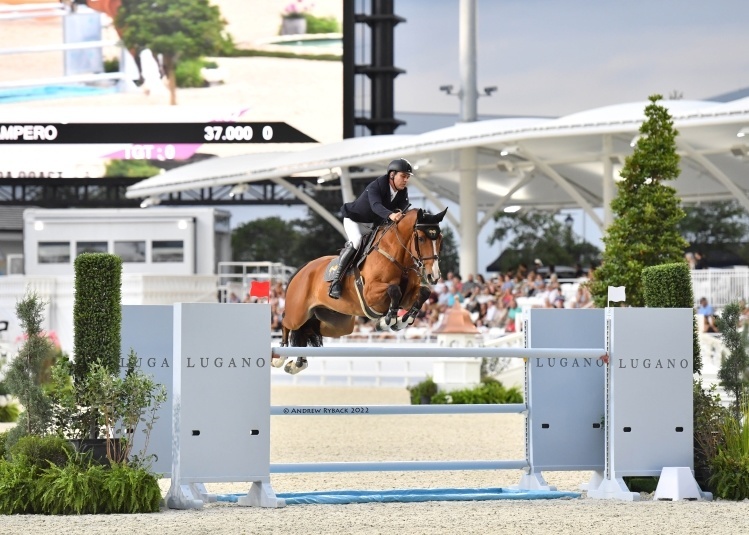 Olympian Santiago Lambre (BRA) and his own Pampero (Chacco-blue x Naloutaire) were just behind the winning pair. Lambre and Pampero navigated a smooth first round in 78.610 seconds. Lambre and the 12-year-old Oldenburg gelding returned for the jump-off flying through the track, taking tidy inside turns to stop the jump-off clock at 34.450 seconds. 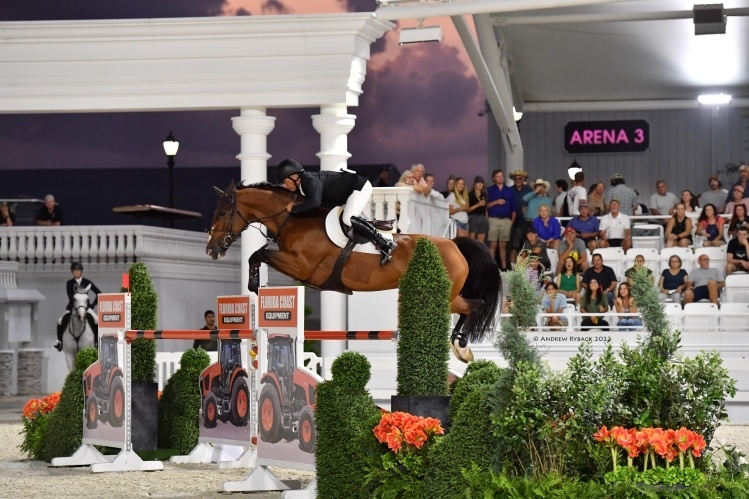 Todd Minikus and Bit By Bit Group’s Amex Z (Andiamo Z x Senne) rounded out the top three in tonight’s $100,000 Florida Coast Equipment National Grand Prix.  Minikus and the 13-year-old Zangershiede mare put forth a clean first round in 76.560 seconds, well under the time allowed of 82 seconds. Minikus and Amex Z were the third pair down the ramp to try their hand at the short course, where they dashed through the lines and flew around the turns in 34.722 seconds to ultimately secure the third place spot.

An additional $5,000 was awarded to the fastest four-faulter of the $100,000 Florida Coast Equipment National Grand Prix. Second place finisher, Santiago Lambre and his own Dingeman snagged the award with an incredibly fast time of 71.887 seconds with one down.

Your web browser is out of date.

Please download one of these free, up-to-date browsers for the best experience on our site